A global success during the last ten years, sold in 70 markets, the third generation of the instant battery stick-cleaner Electrolux Ergorapido is now being launched around the world.

More than 9 million Ergorapido vacuum cleaners have been sold since the breakthrough product was launched in 2004. 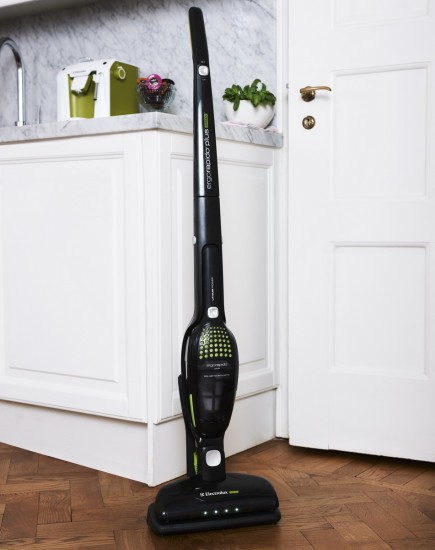 This has made the Ergorapido one of Electrolux best-selling vacuum cleaners ever, changing local cleaning habits around the world. The three top-selling countries are USA, France and Japan.

“The Ergorapido is so nicely designed that consumers want to keep it in the open and use it instantly when there is a vacuuming need”, says Philippe Weber, Vice President, Product Line Floor Care. “More and more people have discovered that this is the perfect tool for quick and instant cleaning, delivering very high performance.”

The Ergorapido has garnered a range of design prizes in the past decade, including the renowned iF, Plus X and Red Dot awards, including the Red Dot “Best-of-the best” award in 2014.

A new, 50% larger pleated filter significantly reduces clogging, and Electrolux has introduced several smart new features to make the world’s most convenient vacuum even easier to use:

It also features unique functions like the Brush Roll Clean, a patented solution for removing tangled hair from the brush and nozzle headlights making it easier to see dust hidden in dark places.

The new third generation model has more power, more run-time and more time-saving features, all wrapped up in a more stylish and sophisticated package. In the new range, four different models are topped off by an 18-volt version with a long-lasting, lithium-ion battery.

Tests by Electrolux show that 85% of consumers prefer the new generation to the previous model, which was already the most popular vacuum cleaner in its class in several markets.

In the latest generation, a larger motor fan gives up to 20% more suction power and 10% more run time. A new, 50% larger pleated filter significantly reduces clogging, and Electrolux has introduced several smart new features to make the world’s most convenient vacuum even easier to use: